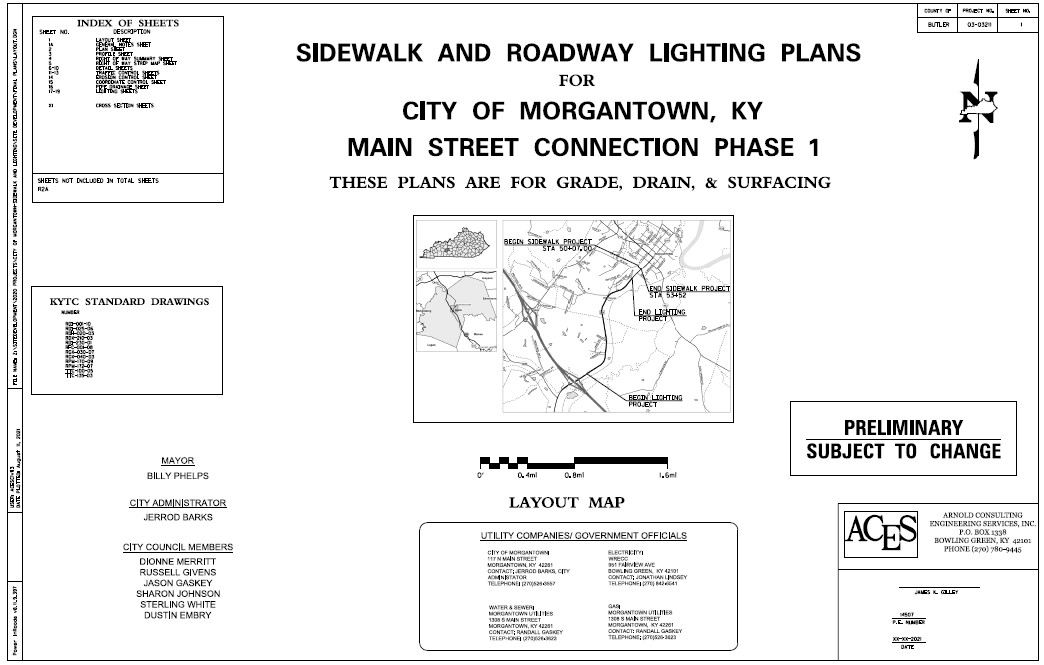 The City of Morgantown applied for a TAP (Transportation Alternatives Program) Grant for $80,000 in 2017, for street lighting along Main St from Butler County High School to Bell St in Morgantown. Additionally, the grant would be utilized to construct a sidewalk between Main St and S Tyler St (shown below). The grant was approved in 2019. Since then, the process of creating and finalizing engineering plans and lighting plans by ACES Engineering in Bowling Green, KY and WRECC have been moving forward. This week, the City was informed that the plans were finalized. After review by City staff, the plans are now being sent to the Kentucky Transportation Cabinet for final review and approval. Once these plans are approved at the state level, the City will be able to bid this project and move forward with construction. A public hearing may be necessary for community input of the plans which will be scheduled at a later date. 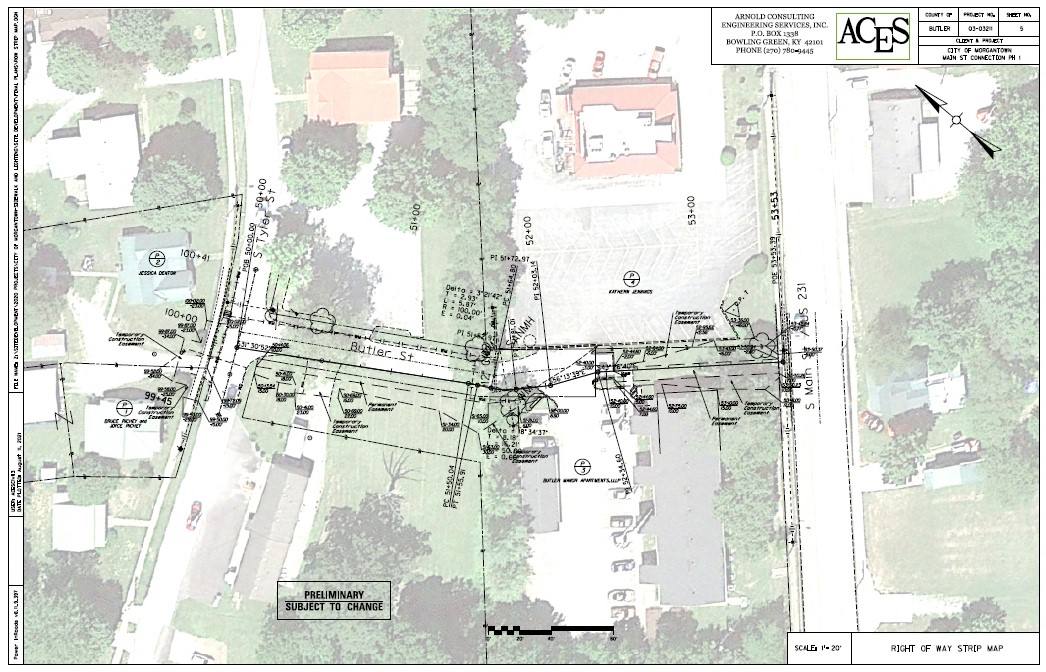 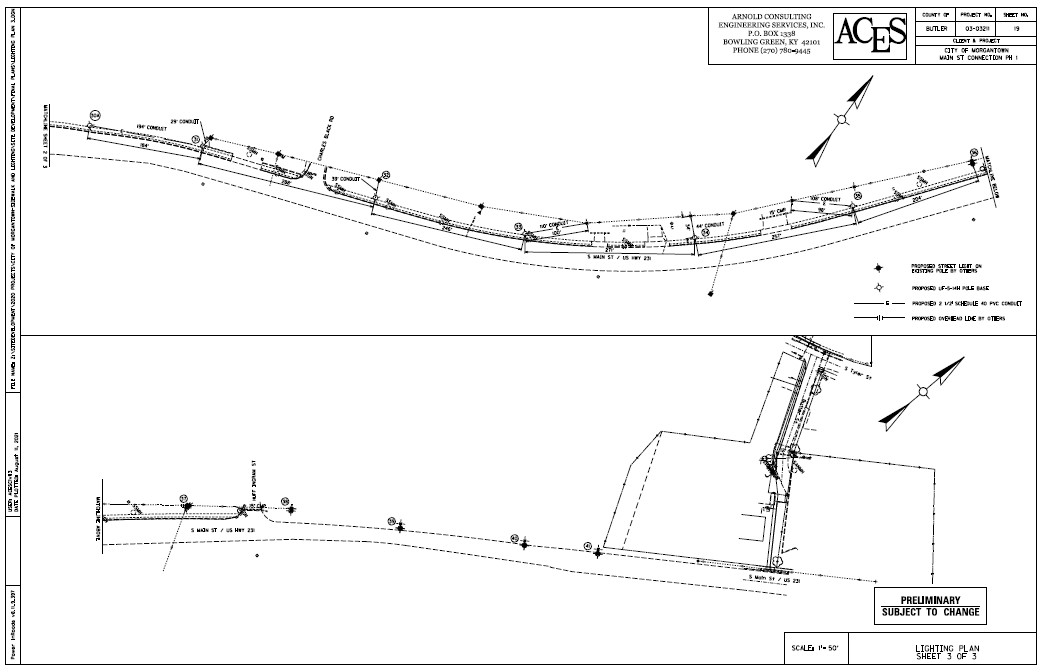